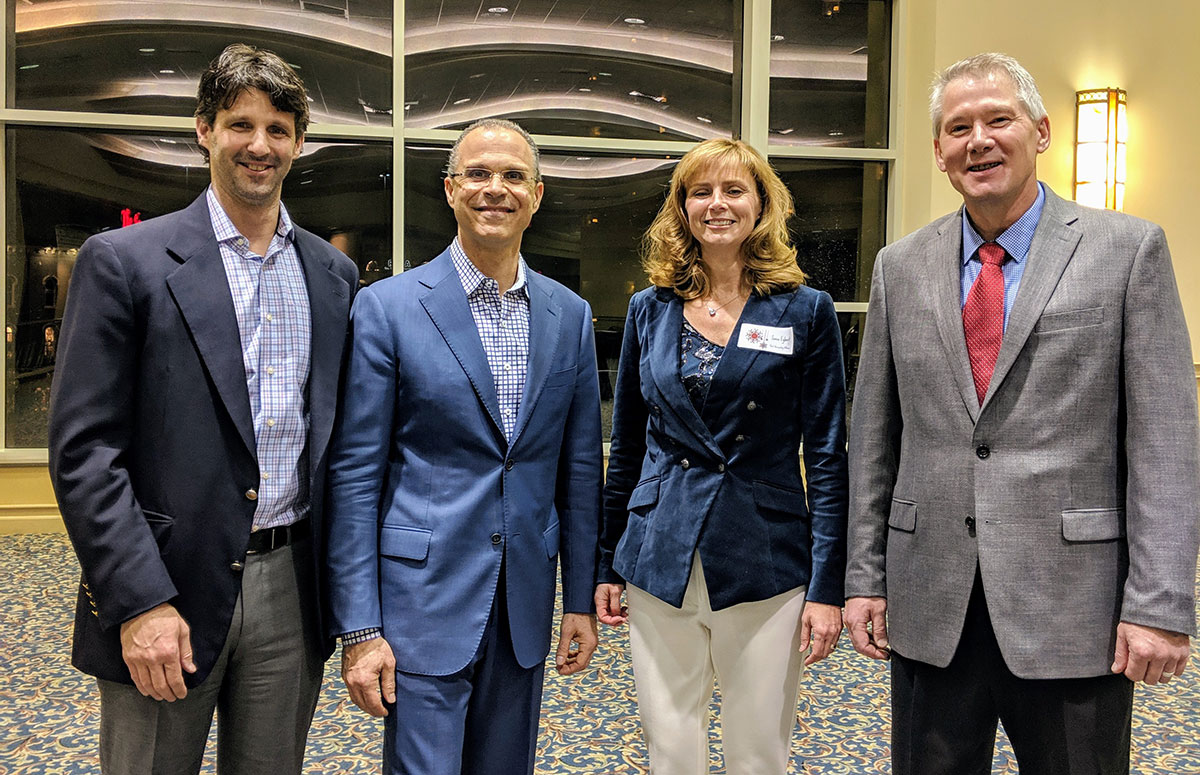 Mr. Plucinski has more than 30 years of experience in pharmaceutical research, development and manufacturing operations. Most recently, Mr. Plucinski led the start-up of Summit Biosciences Inc., playing the dual role of driving the technical formulation and product development, and also managing the facility and operations. Mr. Plucinski’s recognized expertise in nasal spray formulation, product development and commercialization along with his commitment to Summit’s culture of excellence and accountability has resulted in long-term relationships with multiple Clients and Partners, for whom Summit now commercially manufactures products for both the US and ex-US markets. He has capitalized upon these demonstrated successes by expanding the capabilities Summit offers to Clients, expanding the facility footprint and installing additional capacity, while maintaining an exemplary Quality record and outstanding customer service. Summit has hosted multiple FDA inspections with no 483s and also a successful EMA inspection which led to receipt of an EU GMP Certificate. Prior to leading the start-up of Summit in 2009, Mr. Plucinski served as Vice President of Pharmaceutical Manufacturing Operations at Intranasal Therapeutics, Inc. ("ITI"), where he led the design, construction, start-up, validation and the day-to-day operations of the manufacturing plant. While at ITI, he also led the product development team to successfully develop and manufacture ITI's lead products, midazolam nasal spray for epileptic seizure and hydromorphone nasal spray for acute pain. This work included leading the invention and early development of Nayzilam® (midazolam) nasal spray, CIV. Prior to joining ITI in 2002, Mr. Plucinski has held various senior operational management positions in both start-up and high growth-organizations such as Dey, LP (Merck, KGaA subsidiary) where he led teams to develop and manufacture a diverse array of pharmaceutical and biological products, including a blood substitute, generic nasal sprays and inhalation products. Mr. Plucinski received a B.S. in Biology from the University of Wisconsin - Whitewater and an M.B.A. from the University of Kentucky.

Ms. Egbert has more than 26 years of experience in the fields of accounting and finance, which includes working with start-up pharmaceutical companies. Prior to joining Summit Biosciences in 2009, Ms. Egbert served as the Controller at Intranasal Therapeutics, Inc. ("ITI") where she was responsible for Board of Director and investor reporting; cash management; banking, insurance and investor relations; accounting controls; budgeting and forecasting. Prior to ITI, Ms. Egbert was Treasurer and Controller at a successful start-up web-based transportation company. Ms. Egbert also held various director-level positions at a fortune 200 transportation company (BNSF) in the finance, accounting and forecasting and planning departments where she was involved with merger transactions, SEC reporting, managing revenue and capital budgets. Ms. Egbert worked for Deloitte & Touche at various levels in their audit group in both the Minneapolis and Dallas offices. Ms. Egbert holds a Bachelor of Business Administration degree from the University of Wisconsin Eau-Claire and is a CPA.

Mr. Marcuccio has more than 15 years of executive experience with leading companies in the pharmaceutical industry. He has played an instrumental role in a wide range of corporate transactions as a business development executive and former investment banker. He has a vast network of contacts in the healthcare and life sciences industry and strong relationships in the capital markets. Prior to Summit Biosciences, Mr. Marcuccio led government and commercial development and alliance management for Meridian Medical Technologies, Inc., a subsidiary of Pfizer Inc., which specialized in emergency use pharmaceuticals delivered with its proprietary auto-injector technology. He was Vice President and Head of Licensing and Business Development for Meridian's former parent company, King Pharmaceuticals, Inc., until its acquisition by Pfizer in 2011. Previous to joining King in 2004, he was Vice President of Vaccines Business Development for Baxter International. Mr. Marcuccio completed an undergraduate degree and a professional certification in accounting (CMA) and earned an MBA from the McCombs School of Business at the University of Texas at Austin.

Mr. Cohen has over twenty-four years of diverse business and legal experience in finance, real estate investment, and business development. He is a Principal in Site Realty Group, a privately-held commercial real estate investment firm based in Maryland. He has been a board member of Summit since its founding and was also actively involved in Intranasal Therapeutics, Inc. He is a founding member of YLO, LLC, a venture fund providing seed capital to companies based in Maryland in the hospitality, restaurant, and agriculture industries. He started his career in New York as an attorney in the litigation department of Robinson Brog Leinwand Greene Genovese & Gluck PC. He earned a BA from Emory University and a JD with honors from the law school of the University of North Carolina at Chapel Hill.

Prior to founding Summit, Mr. Cohen was the Founder, CEO and Chairman of Intranasal Therapeutics, Inc. and an original investor in ScinoPharm (Taiwan), after a successful career in the generic pharmaceutical industry. Most notably, he is founder and former Chairman and CEO of Barr Laboratories, Inc., a pharmaceutical company that traded on the NYSE and grew to over $3 billion in annual sales before its acquisition by Teva in 2008 for $7.5 billion. He also co-founded Davis Edwards Pharmacal Corporation, one of the first companies to manufacture and promote multisource drugs. He is a founding member of the Board of Directors of the Generic Pharmaceutical Industry Association, the predecessor to the Association for Accessible Medicines, and a founding member and Executive Board member of the National Association of Pharmaceutical Manufacturers. A graduate of Fordham University, Mr. Cohen received an Honorary Doctor of Science Degree and was appointed to the Board of Trustees of this institution.